Midge has more than a fifteen years of experience in writing, editing, and publishing. In addition to being a published fiction writer and journalist, she has worked as an editor and copywriter with several New York publishing houses, including Penguin and St. Martin's.

She has held classes in writing and publishing at Boston's Grub Street Writers, San Diego Writers, and Seattle's Richard Hugo House, and for six years she taught communication writing at Boston University, where she earned her master's degree in international communication. An award-winning writer, she has published dozens of short stories in literary magazines, including Bellevue Literary Review, TriQuarterly, Indiana Review, North American Review, Ontario Review, and the Los Angeles Times magazine, and has written articles about the art and craft of writing for such publications as Poets & Writers magazine and The Writer. She is author of the short story collection Forgetting English, which received the Spokane Prize for Short Fiction, and author of the forthcoming novel MY LAST CONTINENT. 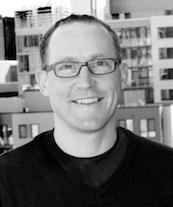 John has a bachelor's degree from the University of Missouri School of Journalism and a master’s degree from Boston University. In addition to being an analyst and consultant in the technology industry, he has worked for several publishing companies and is experienced in publishing books in a variety of e-formats.

He is the author of the full-length plays Sanctuary and Meat the Parents, which was a finalist in the 2014 Centre Stage New Play Festival. His one-act play Little Red House was published in the literary journal Mason's Road and produced by the Studio Players Theatre in Lexington, Kentucky. Another one-act play, The Sales Rank Also Rises, will be produced by the Oregon Contemporary Theatre in 2015. His novel The Tourist Trail began as a short story by the same name and won the Phoebe Journal 2010 Fiction Prize.

John's background in film and screenwriting have followed him into book marketing and typewriter preservation. Learn more by visiting John's website.